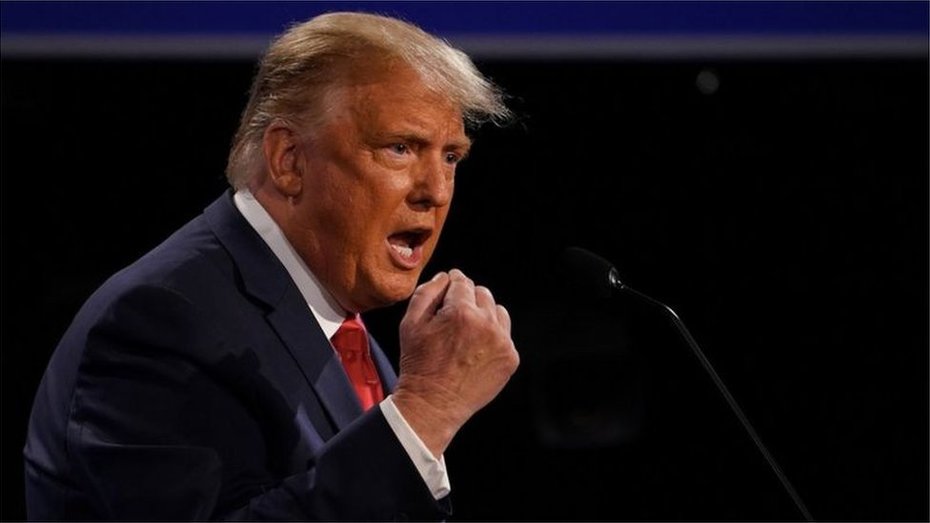 Overturning elections sounds like the stuff of secret deals in smoke-filled rooms, but President Donald Trump's not even trying to hide his effort to subvert the results of the election as President-elect Joe Biden's margin widens to more than 6 million votes.

Trump's efforts to deny Biden the White House traveled from the courts to state legislatures on Friday with Trump's personal reception with Republican lawmakers from Michigan -- and their counterparts in Pennsylvania may be next on the list.
But there were signs, even among Republicans, that Trump's efforts need some evidence.
"As legislative leaders, we will follow the law and follow the normal process regarding Michigan's electors, just as we have said throughout this election," Michigan Senate Majority Leader Mike Shirkey and Michigan House Speaker Lee Chatfield said in a joint statement after their meeting at the White House.
Importantly, they acknowledged there is no actual evidence of wrongdoing, a blow to a President and his allies who've been peddling baseless claims about fraud.
RELATED: CNN's live results from the presidential election

"Allegations of fraudulent behavior should be taken seriously, thoroughly investigated, and if proven, prosecuted to the full extent of the law. And the candidates who win the most votes win elections and Michigan's electoral votes. These are simple truths that should provide confidence in our elections," the Michigan lawmakers said.
Another blow for Trump came on Friday in Georgia, where Republican Gov. Brian Kemp signed the paperwork that officially grants the state's 16 electoral votes to Biden. A federal judge on Thursday had rejected a last-ditch lawsuit that tried to block certification, and Biden's victory was certified Friday afternoon by Georgia Secretary of State Brad Raffensperger, a Republican.
Other setbacks came in Nevada, where a district judge on Friday denied a request brought by a conservative activist to halt the certification next week of the state's election results -- which show Biden leading by more than 33,000 votes -- and in Wisconsin, where elections officials in the Democratic stronghold of Dane County rejected requests from the Trump campaign to throw out tens of thousands of absentee ballots on Friday as the state kicked off its partial presidential recount.

Testing out loopholes
To succeed, Trump would need to bulldoze the Electoral College system. But for all the angst he's sparked about a coup, the President doesn't seem to have a plan so much as a shameless sense of entitlement to the White House. What he's doing is exploiting loopholes and prying at technicalities to see if any of them will give.
He's clearly trying to generate the heat and noise he craves. But he's also casting about for an unexpected opening, as he's done so many times before.
Trump refused to take questions at the White House Friday at what he had falsely billed a "press conference," where he discussed prescription drug prices and gave a business-as-usual veneer to the democratic subversion he's orchestrating from the Oval Office and the raging pandemic he appears to be largely ignoring. The appearance came just as Covid hospitalizations and new daily cases hit a record again and news emerged that his eldest son, Donald Trump Jr., has tested positive. Cases to continue to climb in Congress, too, with Republican Sen. Rick Scott of Florida -- a staunch Trump ally -- becoming the latest to test positive.
Trump skipped a special side-conference focused on the coronavirus pandemic on Saturday during the Group of 20 summit, the opening session of which he spent tweeting before going to play golf at his Virginia club.
Perhaps in a brief moment of reality on Friday, Trump appeared to acknowledge his impending departure from the White House, implying that it will be up to the new administration to maintain the drug pricing rules he was announcing. But