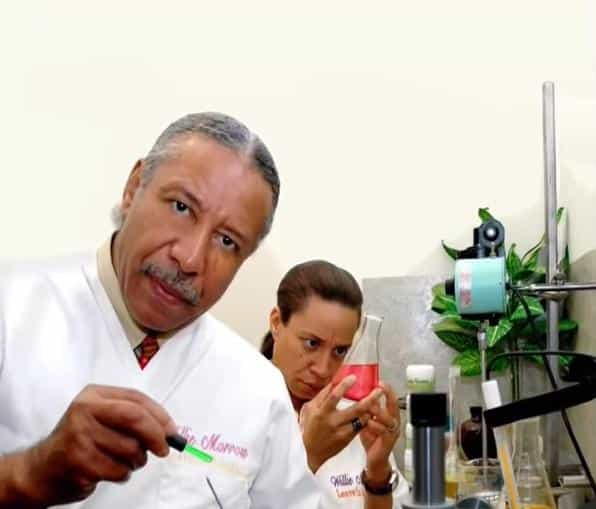 Dr. Willie Morrow, publisher emeritus of the San Diego Monitor and creator of one of the most well-known symbols of Black pride, the Afro Pick, passed away at his home surrounded by family on Wednesday, June 22. Morrow is also the creator of “California Curl,” a once-popular hair texturizer many call the forerunner to the Jheri Curl.</p

Born in Tuscaloosa, Alabama, to a family of sharecroppers, Morrow taught himself the basics of barbering and chemistry, tools that served as the foundation to his hair care empire.

From the 1960s to the mid-1990s, Dr. Morrow set up his headquarters at 4165 Market Street in San Diego. The two-story building housed his barbershop, salon and publication company where he printed the San Diego Monitor newspaper and operated a San Diego’s 92.5 FM radio station

“There was no voice other than the radio at the time,” said Morrow in a 2017 interview with San Diego Voice and Viewpoint newspaper. “When we first started throwing the paper, we would have mountains of them, about 15 or 20 thousand. We would throw them in every home and church in the community. Then we married the print and radio components together (with 92.5). It became the most powerful tool in the Black community. 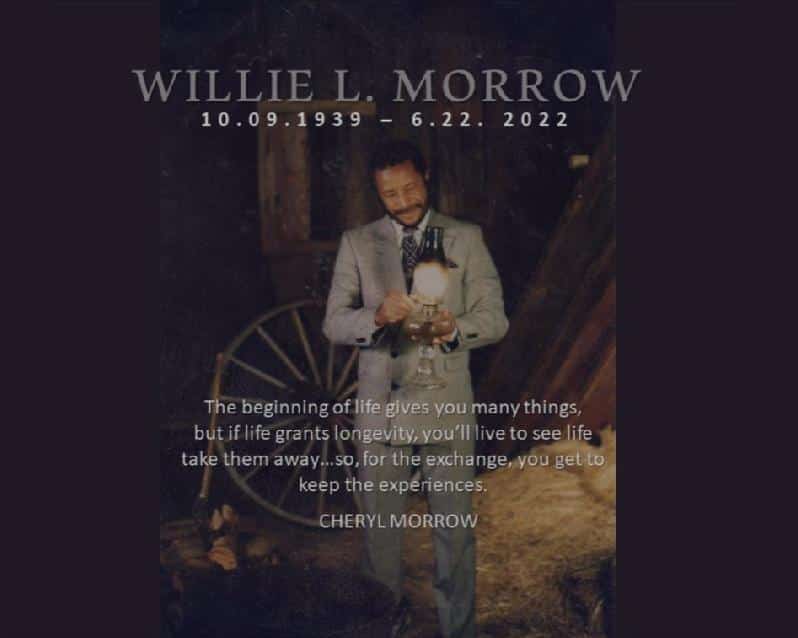 In the 70s, as his popularity grew within the beauty industry, the Department of Defense enlisted Morrow to teach and cut hair on military bases and in war zones, which led to him writing several hair styling and barbering technique books.

In 2016, the Museum at California Center for the Arts in Escondido curated an exhibit honoring Dr. Morrow and his accomplishments. The exhibit featured more than 250 objects, from paintings to vintage hair styling equipment. Most of the objects were part of Morrow’s own private collection.

Following his death, Morrow’s daughter, Cheryl Morrow, will now take over the newspaper and oversee her father’s California Curl Company.

“He had the foresight not just to create the style but the service so it can enrich an industry,” said Morrow to ABC 10 News in San Diego. “Prior to 1962, you couldn’t buy a comb exclusively for your cultural affinity,” says Morrow. “While that whole era was going on, San Diego Black Panthers had the best afros.”

Assemblymember Akilah Weber (D-San Diego) tweeted about the impact Morrow had on the city he called home.

“Our community is rocked by the news of the passing of Dr. Willie Morrow. He was a true San Diego success story; having built several businesses from hair care products to publishing. His legacy as an entrepreneur and community educator will continue to touch and inspire many.

Shane Harris, a San Diego-based activist and founder of the People’s Association of Justice Advocates, expressed his grief about Morrow’s death.

“Lost for words. To a man I called Dad, mentor, and confidant. Rest in Peace. Dr. Willie Morrow was one of a kind and was an innovator. San Diego has lost a tremendous leader. The creator of the California Curl and so much more has now left his earthen vessel,” he tweeted.