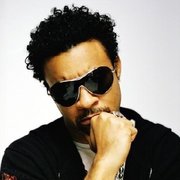 Export to Outlook or iCal (.ics)

The Negril One Love Reggae Concert winter series will come to an end on the 9th of March 2010. The series kicked of on November 17th last year ad has been very successful as every Tuesday since its inception hundreds of patron have come out to support the weekly concert series which is held at the Negril Escape Resort. The concerts have featured some of reggae’s top acts such as Richie Spice, Sanchez, Tanya Stephens, Tarrus Riley, Freddie McGregor, Julian Marley, Jah Cure and Chaka Demus and Pliers. Also the production standards for the series have been very high as the chief organizer and promoter of the series Carey Wallace CEO of Negril escape, ensures that every aspect of his productions are dealt with in a very serious manner.
There are four concerts left in the series; next Tuesday’s concert will be headlined by Tarrus Riley. Also on the bill for that concert is promising new artist Protoje and Negril based deejay Mr. Peck. The following Tuesday will see international reggae superstar Shaggy in the house along with long time stable mate Rayvon. The last two shows which will be held on the 2nd and the 9th of March will feature Jah Cure and Wayne Wonder respectively.
The sponsors of the One Love Reggae winter series includes the Jamaica Tourist Board, the Jungle Night Club, Negril Scuba Center, Tori-Shae’s Productions, VYBZ 96.3 FM, LYNKZ FM 96, Western Pressure Cleaners, Island Multi Media Solutions Ltd. and Wow Negril. Tickets for the Negril One Lo ve Reggae winter series are available at the following locations; Negril Escape resort, the Jungle Night Club and Sue’s Easy Rock Café. Gates open at 7 PM and show time is 8PM.